One day back in the early 1950s, my great pal, Bob Finlayson, snapped these lovely views of Bonanza N5002C “The Flying Chef”, visiting “old” (pre-WWII) Hamilton airport. Piloting it was owner/operator, Joseph E. Graves of South Bend, Indiana. These were the days when companies small and large were proud to fly the company logo on their planes. This made something like N5002C all the more interesting to photograph. I well recall the Canadair, Goodyear, Ontario Paper and Eaton’s DC-3s at Malton Airport (today’s YYZ) taxiing by “showing the corporate flag” back in the 1950s. They were always more interesting to photograph than the “no name” examples.

In the early days of bizjets, one of the more interesting logos that flew (if only briefly) was on the tail of a Falcon 20 operated for Conrad Black. I wish I had a photo, for it showed a snake suffocating a bunny. As one of the company pilots told me, this represented Conrad’s view of management vs labour. Try showing that logo in 2016, eh! These days one of the most secretive businesses on the planet is corporate aviation, so to see a corporate logo such as “Jack’s Foods Inc.” on a private plane is rare, Donald Trump’s Boeing 757 excepted.

Built in 1950, Bonanza N5002C (serial number D-2264) last was registered to the G&R Corp of South Bend, Indiana, but that was long ago – whatever happened to it, for it disappeared from the US civil aircraft register in 1953?  A report in the Williamsport, Pennsylvania Gazette And Bulletin tells the sad story of this lovely Bonanza. While flying from South Bend to New York City for a potato chip convention on January 26, 1953, Joseph E. Graves and three food industry companions all died when N5002C crashed in an orchard at State College, Pennsylvania. The newspaper noted: “The single-engine four-passenger plane which was almost out of gas, according to investigating state police, crashed as it approached the airport runway at this Central Pennsylvania community. The plane clipped off the trunk of a tree in the orchard and plowed into a mudhole … A few minutes before the crash the pilot of the plane contacted the nearby Phillipsburg Airport and reported he was lost and had only 10 minutes gas supply left.” Subsequently “N5002C” was re-used on a Ryan Navion in New Jersey. 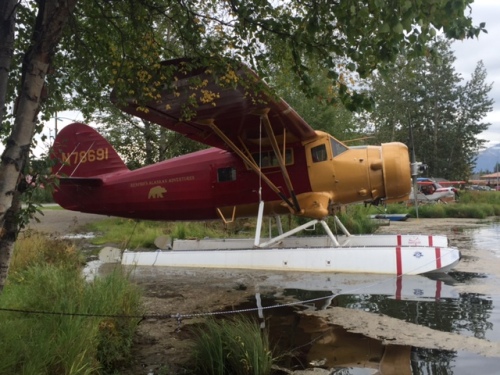 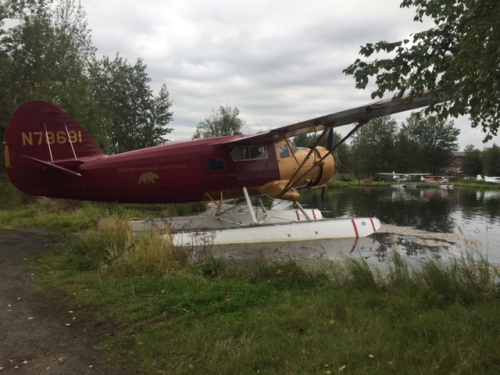 The story of UC-64A Norseman N78691 is told in Aviation in Canada: The Noorduyn Norseman, Vol.2. Originally US Army 44-70372, it had a postwar career as NC58691 with the US Department of Agriculture, before joining Ontario Central Airlines in 1961 as CF-LSS. Further adventures followed with such Ontario and Manitoba operators as Cross Lake Air Service, Perimeter Aviation, Bob Polinuk and Kyro’s-Albany River Airways. CF-LSS seemed to have been dormant since 1975, then retired crop duster pilot, Forrest Klies of Montana, acquired it in 2011. Registering it N78691, he told me in 2013 that he spent $700,000 rebuilding the airframe and zero-timing the engine. For several seasons, Forrest showed his pristine “Big Beautiful Babushka”, as he called N78691, at Oshkosh. Eventually, he felt that he was getting a bit too old for such a big plane. In 2013 he offered it for sale for $300,000 or “a Beaver on wheels plus cash”. Others were seeking buyers for their own Norsemans, but not many operators or collectors were shopping. The picture looked bleak.

On p.111 of “Norseman, Vol.2” are two excellent Lambert de Gavère photos of Norseman N225BL (formerly CF-GUE) in Alaska in Ingram Air colours. N225BL later flew for Wade Renfro’s Alaska Adventure of Bethel, but on July 11, 2009 it went into the trees following engine failure. By then, however, Wade had come to appreciate the special features of this classic bushplane. His passion led him to purchase Forrest’s old beauty for a price north of US$160K. This week Lambert sent me these three fine views of N78691 on Lake Hood in Anchorage, waiting for the right weather before flying the 600 or so kilometers to its new home in Bethel, an isolated spot on the Kuskokwim River delta in western Alaska.

Update: Alaska Adventure Norseman N78691 flew off Lake Hood for Bethel on August 31 carrying a hefty load. Sad to say, however, the company lost a Super Cub the same day in a disastrous mid-air collision at Russian Mission in Western Alaska. In clear weather, it collided with a Hageland Aviation Cessna Caravan. All  five aboard the two bushplanes died. It’s often a tough world out there in the wilds of coast, bush, valley and mountains.

In other recent Norseman news, Rodney Kozar reports that Glenn Crandall’s famous Norseman CF-UUD (see  Aviation in Canada: The Noorduyn Norseman, Vol.2) now is N164UC with Wendell Phillipi of Minnesota. Rodney adds that Norsemans CF-JIN, CF-KAO and CF-ZMX all flew at this year’s Norseman Festival in Red Lake and that 80-90 visitors slapped down the cash for a Norseman flight.