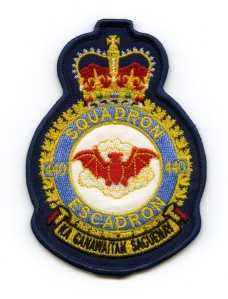 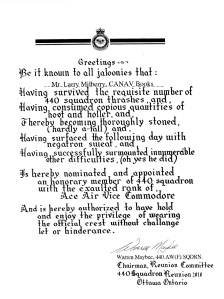 Last summer I attended a wonderful 440 “Bat’ Squadron reunion in Ottawa. A few weeks later I received a scroll naming me an honourary member of 440’s alumni. Very nice … not your everyday surprise!

Since then, 440’s old timers organized a hugely important event across the pond and here is that story compiled by Cliff Cassidy from CF-100 days. It’s really encouraging to see that there’s still some genuine interest in Air Force heritage, at least at the grassroots (“old boys”) level. Take a peek at Cliff’s excellent presentation here.

All of today’s CanForces squadrons should check out what the 440 alumni have done — inspiration (let’s hope) for all of you in uniform. Every squadron has much to be proud of — so why not take that idea off the back burner and get a history project going! 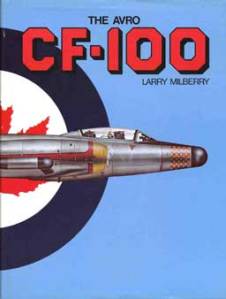 Since we were just speaking of the CF-100… In 1981 I established CANAV Books. My first title was The Avro CF-100. Here I am, 30 years later on August 12, 2011, still hard at it, this very day sending CANAV’s latest book to the printer. I think I might just go out on the front porch, sit me down and celebrate with a brewski.

Yesterday one of Quebec’s best-known aviation historians dropped by to do that very thing — it was Robert St-Pierre Day on the porch! While I was putting the CF-100 book together, Robert was establishing a new aviation history society — “Canadian Roundel Wings”. People joined and the good word about Canada’s aviation heritage had another outlet.

Once The Avro CF-100 was off the bindery, I headed down for a book signing in Montreal. Robert and some of his pals organized a quick little do right in the main terminal at l’aéroport Dorval. Lots of interested people flowed by and a few books even were sold. It was a real hoot when a federal cabinet minister, allegedly with an interest in aviation, came through the terminal. He and his flunkies stopped to look over the book display. Naturally, not ever having bought a book in his life, the minister went away quite cheesed when he couldn’t get himself a freebee … he was insulted when I wouldn’t give him one! Sad to say, but at CANAV we still don’t know a heck of a lot about entitlement — too busy working for a living. Well, the case of the cheesed-off minister was just  the funniest moment and guess what … it sure hasn’t gotten any better since. Just try selling a Canadian aviation book to any Ottawa mandarin, political or military. 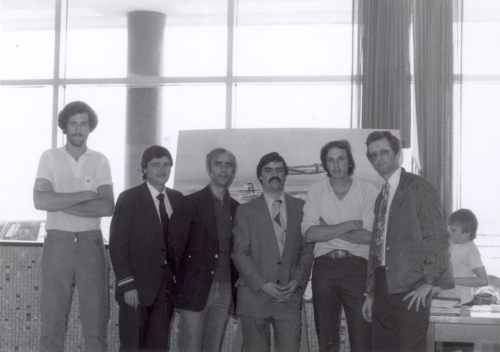 Robert showed me this black and white snapshot taken at Dorval that day 30 years ago. Aren’t these old photos just the best for bringing back happy memories? Here we aviation guys stand: Robert Nault, Robert Sapienza of KLM, moi, Robert St-Pierre, Marc-André Valiquette, and Gerry and René Vallée. Just great, and thanks, Robert. We haven’t aged a bit, right! Marc-André actually has grown up to be an author and publisher, and recently produced three excellent volumes covering Avro Canada.

Today one of CANAV’s fans reported that he had ordered a used copy of The Avro CF-100 from a web dealer. At $29.00 he got a great deal. Here’s his report via e-mail:

Hi Larry … I got it about an hour ago. So guess why it took me an hour to write! I looked at every page, photo, etc. Awesome!

Thanks very much for your help, and especially for writing this book in the first place. My copy is virtually in mint condition, with only minor damage to the dust jacket.