NORSEMAN BOOK IN PRINT AND EN ROUTE TO YOU! Volume 1 of Aviation in Canada: The Noorduyn Norseman went on press on June 17. All 10 plate changes were smoothly completed by early next morning. The book reached me yesterday and, happy to say, all advance orders have been shipped as on 1700 today (in Toronto) June 28. If you are in Canada watch for your books by the end of next week (July 5 or thereabouts). For USA — a few days longer, for overseas, you know how that goes!

The push now is on to polish Norseman Vol.2. All I have left to do is finalize the last few photo spreads (few? probably 20-25 pages of pix that somehow didn’t fit in in the chapters), do a preface, concoct the glossary & biblio, and —  last of all — the index. That’s the usual routine. While Vol.1 is all in b/w, Vol.2 is colour throughout. Vol.2 is slated for delivery in late summer/early fall.

This pair of books will astound any true fan of Canadian aviation history. I agree …  they’re not for the feint of heart, the tightwads, the mad at the world ragers, the self proclaimed know-it-alls, etc. So who need apply? Only you genuine, regular folks in and around aviation, who love a good book and crave the “good gen”.

Watch this space next week (I hope) for all the details of my trip out to my printer (Friesens) in Altona, Manitoba. I’ll also cover my usual wanderings, this time to Winkler, Selkirk, Kenora, etc. — all in less than 3 days! I even found a Norseman I didn’t know of previously — one that I can add this week to Vol.2, as it nears completion. I’ll have Vol.1 next week, so you’ll soon be enjoying your copy. It’s been a huge grind, but the job is done — research, writing, checking and double-checking, tweaking.

(Previous post … this already is “history”!) As I’ve been doing since 1997 (when Friesen did Air Transport in Canada for me — a monumental job that ended with 22 tons of books coming off the bindery) I’ll be Westjetting out to do the press proofs, something that usually takes a solid 24 hours. Then, as you can see on my earlier blogs (e.g., see “All in a Week’s Work, Version 2011” of October 2, 2011), the printing’s done and the finished sheets are left to sit for a couple of days. Next stop is Friesen’s hi-tech bindery, then the books will be packed and trucked east to CANAV. You wouldn’t believe what it all involves! Am I thinking here using such terms as “nightmare”? Pretty well, I must admit, but the end of it all is quite the opposite.

So … pop your order into the mail or via PayPal ASAP to get one of the early copies of this blockbuster of a new Canadian publication. This is a perfect gift to yourself or for a special relative or friend. Invest a small amount in something solidly Canadian  that will pay off for a lifetime! Here’s the basic info for you … 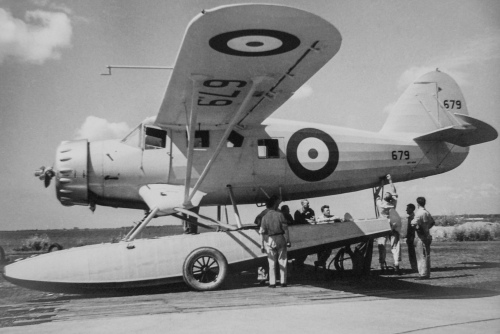 One of the RCAF’s original 1938 Norsemans is readied for a flight. This 74-year old bushplane today is with the Reynolds-Alberta Museum.

Volume 1 covers all the details of the early years of the amazing Norseman from first flight in 1935, through WWII to the early postwar years. You won’t want to miss this special CANAV publication! (Note to dummies — sorry guys, but it’s really not all on the web. Grown-ups read books, end of story.)

The busy Norseman flight test ramp at Cartierville during the war, when more than 700 Norsemans were built for the US military. Many of these aircraft returned after the war to serve in the Canadian bush. Some of them remain in service to this day.

RCAF 413 Squadron Norseman AP-Q/2496 on geodetic survey support duties in the North early after the war.

Aviation in Canada: The Noorduyn Norseman — absolutely your perfect book for this summer’s reading!

And don’t forget to check out CANAV’s Spring Booklist!

This entry was posted in Aviation history, Aviation in Canada, New release, Norseman. Bookmark the permalink.

5 responses to “Announcing! Aviation in Canada: The Noorduyn Norseman …”