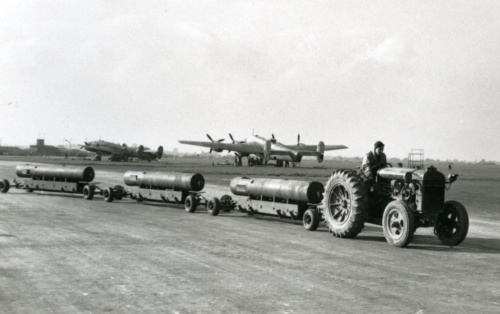 When I was a boy in Toronto soon after WWII, my pals and I were always amazed at something a bit macabre (to we dopey little street kids). Wherever we were in the city there were old men on crutches or with empty shirtsleeves or eye patches. There were also a lot of younger men the same. It didn’t mean that much to 5, 6 or 7 year olds, but we did tend to stare. We eventually learned the story behind this: the older fellows had lost limbs and eyes in WWI (maybe even in the Boer War), the younger guys in WWII.

As time went by we found ourselves eagerly soaking up all this history. We’d scour the shelves at our Gerrard & Eastwood library branch, especially for all those great stories of aerial warfare where Canadians were so involved. Next door at the Eastwood theatre we never missed a movie covering all this stuff — The Malta Story, Reach for the Sky, The Enemy Below, The Desert Rats, etc.

After getting into the aviation history game, I met hundreds of wonderful Canadian airmen. At first there were lots of WWI types around. Many were our speakers at the Toronto chapter of the Canadian Aviation Historical Society or at CAHS conventions — Punch Dickins, Walter Gilbert, Doc Oaks, Stan McMillan, Alex Milne, etc. When I started writing I met so many others and counted lots of them as real pals. In time, however, the last WWI airman passed on. Now, the last of the WWII fellows are slipping away, most around 90 years of age. A friend in Alberta called lately to report George Aitken, DFC, of 403 Sqn having passed. George was a fine gentleman and true supporter. It was an honour to feature him in Royal Canadian Air Force at War 1939-1945 more than 20 years ago. Check out his story.

It sure is getting a bit lonely in the 2000s, most of the WWII airmen’s associations by now having packed it in. We used to have 30-35 Typhoon pilots  faithfully to our Typhoon Pilots Association lunches in Toronto. Now five or six fellows make it out. The day is near when few will know much about these wonderful generations of Canadians. When people talk about aerial combat years from now, more and more the topic will be Cold War, where not an RCAF shot was fired in anger, or aerial combat in the wide open, pretty well friendly skies of Iraq and Libya.

Heroism and daring-do are definitely relative, especially when you study the details of something like the raid on Nuremburg on the night of March 30/31, 1944 — 795 Bomber Command planes dispatched, more than 100 (many full of Canadians) were lost. That was just one night of the air war. The survivors of such missions used to cringe a bit when the fighter pilots were whooping it up, as if they had won the war single-handedly. The Bomber Command fellows occasionally needed to remind the fighter types, “Yoohoo, that was really great of you fellows. But don’t forget that we lost more men killed in one night than you did in the entire Battle of Britain.” Well, things are getting pretty quiet these days about all that sort of thing. 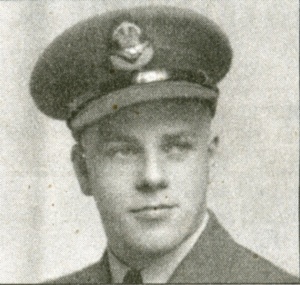 In this week’s local paper there was the obit of one of our great RCAF air warfare heroes — William Ward Osborn, DFC, February 15, 1921 – January 13, 2012. His obit mentions how he flew Lancasters with 419 Sqn from Middleton St. George. Postwar he graduated in civil engineering from the University of Toronto, added a Masters degree, then re-joined the Canadian military, where he fought in Korea and served on UN postings. Back on Civvie Street he served the country again — in government. His family notes, “He is our unvanquished hero and our perpetual guiding light.” What a life lived, what a legacy, what a fine Canadian.

Every reader needs to be familiar with the magnificent website that is largely the work of one of Canada’s pre-eminent RCAF historians — Hugh Halliday. Go there (google AFAC Halliday Website RCAF Gongs 1939-45) and get the real story of Canadians in the air war. Today I looked up William Ward Osborn. Here is Hugh’s outline of this great citizen in the RCAF:

At all times during his tour of 36 trips this pilot has shown a high degree of courage, initiative and keenness. He has led his crew in bombing such difficult targets as Dresden, Munich and Nuremburg. This pilot’s standard of crew captaincy has been exceptional. For fine record on operation, his coolness, skill and leadership this officer merits the award on a non-immediate Distinguished Flying Cross. Thanks, and keep on reading books! Larry Milberry, January 2012

Through 2013 there were fewer and fewer obits in the press for the wartime “demographic”. By then probably 95% of the whole generation had passed on. However, in the Toronto Star of January 4, 2014 I spotted two obits, one for A. Robert “Bob” McQuade, DFC,  an alumnus of 419 Sqn, the RCAF 6 Group squadron with the highest combat casualty rate. Bob passed on January 2, 2014 in a seniors’ residence in Newcastle, Ontario.

Also listed was Donald Halberston McSporran, whose family posted one of those really fantastic obits upon Don’s death on December 27, 2013. Here was another ace of a Canadian — a King’s Scout, WWII bomber pilot, POW for 3+ years, postwar a husband, father, school teacher, construction and design man, nature conservationist, etc.

Having trained as an RCAF  pilot in the BCATP at 1 EFTS (Malton) and 5 SFTS (Brantford), McSporran was posted overseas, where he eventually ended on 61 Squadron flying the unremarkable Manchester bomber. On his first operation as crew skipper (LeHavre, April 10, 1942), his Manchester 5785 lost an engine due to flak, forcing McSporran to ditch in the Channel 20 miles off Cherbourg.

The crew got into their dingy, where they held on for 5 – 6 days. That must have been a living hell, since they had no fresh water. At one point they were in sight of England, then were blown away and cast upon the French coast. In getting ashore, one crewman, Sgt D.J. Meikle, drowned. The  six survivors then were destined to wretched lives as German POWs.

Don McSporran was one of those great Canadians who, having lived through the adversity of the Depression and the War, came home and made his country the peaceful and just society that it has become. He was a model citizen providing an example for all of an honest, ethical, hard-working member of society. He was frugal, yet generous, optimistic and steadfast, the kind of Canadian we all hope to become.

Don McSorran also is honoured on the “Billy Bishop Home & Museum” website (info@billybishop.org), and you may hear him recounting some  POW recollections on “The Memory Project” website (http://www.thememoryproject.com/stories/1120:donald-mcsporran/‎). If you have a copy of Sixty Years: The RCAF and CF Air Command 1924-1984, you can read a summary of McSporran’s ordeal on pp.161-162.

This entry was posted in RCAF, Typhoon, WWI, WWII. Bookmark the permalink.

One response to “The Wartime Era Fades”