Centennial Phoenix: The Canadair Sabre: Historic Peterborough Event in 2009, then a 2019 Retrospective … Have a Read!

Riverview Park in Peterborough on June 6 as 428 Wing unveiled its beautifully refurbished Sabre.

One of CANAV’s landmark publications is The Canadair Sabre, praised internationally as the finest F-86 book ever published. No.8 of our 30 titles to date, the book appeared in August 1986 and chronicles Sabre history from first flight in the US in 1947, to the RCAF getting involved less than two years later. In these early postwar days Canada was under pressure to support the UK by equipping with Vampire jet fighters. RCAF HQ, however, knew that the West’s new threat, the mighty USSR, already had such fighters as the MiG-15 (no one at RCAF HQ wanted to send a Vampire out to tangle with a MiG-15).

The Vintage Wings Sabre arrives at the CWH at Hamilton on June 3, 2009. Even as he was unstrapping, pilot Tim Leslie was taking questions from the crowd. Talk about interactive!

So it was that Ottawa committed to the Sabre as its postwar day fighter. The RCAF quickly began sending technical staff and pilots on course to the US, as Canadair began setting up for production. Canadair test pilot A.J. “Al” Lilly was the first Canadian to fly a Sabre (August 3, 1950 at Wright Patterson AFB, Ohio), and the first Canadian to go supersonic (two days later). At Dorval on August 8 he flew the first Canadair Sabre. Meanwhile, F/L Omer Levesque became the first RCAF pilot to fly a Sabre (November 1950). In May 1951, 410 at St. Hubert became the first RCAF Sabre squadron.

The Canadian Warplane Heritage and Vintage Wings Sabres nose-to-nose at Hamilton on June 3. The CWH jet is 23651 and still wears its original Golden Hawks paint scheme circa 1960 .

As they say, “the rest is history”, much of which is covered in The Canadair Sabre. CANAV’s print run totalled 10,422 copies, the job being done by the Bryant Press in Toronto. The whole creative and production job was in the ancient style – roughing out design page-by-page, then getting everything laid out in cut-and-paste style by hand, making film and plates, then rolling Bryant’s huge, dinosauric Harris presses. Somehow it all came together and, 23 years later, only a few unopened boxes of gorgeous Sabre books remain.

The ex-RCAF Sabre pilots who attended the Peterborough event.

Book selling “experts” always scoff at a publisher who won’t remainder books after so many years. But CANAV did not go into business to remainder its beautiful books. Other publishers would call my stock of Sabre books a  “toxic asset”. Shows you how little they know. Those very books sitting on pallets in the warehouse are far from toxic. For example, Sabre sales each year cover the storage costs for CANAV’s entire inventory. How toxic is that! No … instead of being dumped, a nice book needs a nice home and in the near future that’s where the 10,422nd copy of The Canadair Sabre will surely reside, making the publisher a happy boy indeed.
What’s that they say about “What goes around comes around?” Well … doesn’t it just! Canada’s Centennial of Flight has turned into not just the year of the AEA2005 Silver Dart replica, but it’s also a sort of Year of the Phoenix, which is to say, a year of resurrected Sabres. Under Michael Potter, Vintage Wings of Gatineau, Quebec has restored to flying condition Canadair Sabre 23314, which is wowing fans at airshows from coast to coast. I first saw it at Comox in April, then in June at Hamilton.

The Vintage Wings Sabre formates with the Centennial of Flight CF-18 and a Snowbird Tutor at Comox on April 25, 2009.

Having begun in 1954, the Vintage Wings Sabre served with illustrious 441 Squadron at Marville, France and later with such outfits as the Sabre Transition Unit at Chatham, New Brunswick. Following retirement of the Sabre from Canadian service in 1968, 23314 rusted at Mountainview (near Trenton, Ontario) until sold in the US, where it flew with various owners as N8687D, until coming home in 2007.
23314 isn’t Canada’s only 2009 “Phoenix” Sabre. For $4500 in 1970, 428 Wing, Royal Canadian Air Force Association of Peterborough, Ontario acquired 23245. This Sabre did not get to serve overseas on NATO duty, but flew at No.1 (Fighter) OTU at Chatham, then was a ground training aid. Mounted on a pylon at Peterborough’s Riverview Park and Zoo, it sat for decades until 428 decided to give it a Centennial of Flight makeover. Peterborough’s renowned Flying Colours aircraft refurbishing company undertook the job, along with many other contributors from crane to trucking experts.

On June 6, 2009 – the 65th anniversary of D-Day – 428 Wing re-dedicated its freshly-restored Sabre. Hundreds of keen supporters turned out at Riverview Park to marvel at one of aviation’s grandest sights – an F-86 “flying low and fast” over the trees, now in the NATO colours of 430 “Silver Falcon” Squadron. On hand for the historic event was the Wing in force, then 534 Squadron Royal Canadian Air Cadets, old-time Sabre pilots, Edmonton MP Laurie Hawn (former CF-104 and CF-18 pilot), Col Mike Hood (Wing Commander Trenton) and many others. This was one of Canada’s great Centennial of Flight events and I sure wasn’t surprised to learn that 428 has been named Canada’s top Air Force Association wing for 2009. Canada has other Sabres – at the Canadian Warplane Heritage, Reynolds-Alberta Museum, Western Canada Aviation Museum, etc. But the special dedication shown by Vintage Wings and 428 Wing has helped put this classic fighter back in the limelight and has turned 2009 into a bit of a “Year of the Sabre”.

If you don’t yet have The Canadair Sabre in your library, get moving and let CANAV know, before the last copy flies into the sunset. While it goes for $114 on Ebay, you can order a shiny new, autographed copy from CANAV for only $32. Click here to order your copy today!

In August 2019 reporter/photographer Lance Anderson took a new slant on the “Peterborough Sabre”. This is well worth a read, so have a look:

From diving at supersonic speeds to precisely manoeuvring the F86 Sabre Mark 5 through the clouds, Danford said when he was in the cockpit it seemed the jet became an extension of himself. “It was more responsive than anything else I’ve ever seen,” he added. “It was almost like it was in tune with your mind.” He flew that jet for about three months before he was given other Sabres to fly while he was a NATO defence pilot with “Tomahawk” Squadron 422 while stationed in Europe. It was a time in his life Danford looks back on quite fondly and one that he would never have been awarded if it wasn’t for a plowing match in Cobourg. It was there, when he was just 12-years-old, when Danford first soared with the birds. His parents had moved there from Madoc after the Second World War. “It was a $5 fare to go for a flight and if I was going to spend all of my money I wanted to get in the front,” recalled Danford. The pilot agreed and took the wide-eyed youngster on a tour of the countryside not once, but twice. “I fell in love with aviation then,” said Danford.

Advanced for his age, Danford excelled in school, finishing Grade 9 by the time he was 12. One day, when he was a little older he found himself in principal Herb Caskey’s office at Norwood high school. “He asked me what I wanted to do. I told him I’m going to fly,” said Danford. Caskey set Danford on a path to become a pilot by suggesting courses he should take in school. One February day in the early 1950s Danford was greeted by Caskey when he got off the bus at school. “He asked me if I could be in Peterborough by 9:30 a.m. that day because (Air Force) recruiters were there,” said Danford.

Danford left school and hitchhiked his way to Peterborough. That morning he wrote three general knowledge exams and was asked to come to Toronto for additional testing. But he had to wait until he was 17 and when his birthday rolled around, Danford hitched a ride to Toronto on a milk truck and went to the recruiting station. He was later accepted into the flight-training program, first piloting a Harvard. “It felt like you were the king of the world,” said Danford of the first time he piloted the Harvard plane. That feeling was eclipsed by an even greater rush when he first took flight in the Mark 5 sabre a year later flying air defence for NATO.

“At the time the Sabre was the fastest, most lethal fighter,” said Danford, adding he never flew a combat mission. He flew Sabres for four-and-a-half years, logging more than 1,000 hours. But government cutbacks made Danford take pause. Five hundred pilots were cancelled he said, prompting him to pursue other avenues.

“I didn’t see a future for myself, and I wasn’t a devoted solider. I (joined the Air Force) to have fun and believe me I did,” said Danford. Regardless, he ended up joining the army for a chance to return to Canada with his wife Marie. Eventually he was promoted to lieutenant to train members in the service corp. But no matter what he did, that love affair Danford had with flying couldn’t be ignored. “I was with the service corp when they brought in helicopters. The first unit, I was assigned as a pilot,” said Danford. “I flew helicopters for the rest of my (working) life.”

After he left the military following 24 years of service, Danford worked in the civil aviation sector. He said he was one of the first pilots to fly an air ambulance when they were introduced in Ontario. He also worked for Transport Canada as a helicopter inspector and worked as a flight trainer and instructor for private firms. All the while he lived on a farm in Dummer Township, until moving into a house in Norwood in 1999.

“I retired in 2001 from a helicopter company as a trainer in Newmarket,” said Danford. “That was the last time I was in the sky.” Danford admits that his flying career seems like a lifetime ago; almost like it took place in a different world. But regardless, he added the memories don’t go away, adding he still dreams about soaring above the clouds. “I tell myself I don’t miss it because if I went for another (flight), I’d be back flying full time.” 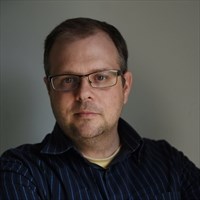 Lance Anderson is a photographer/reporter with Peterborough This Week and mykawartha.com.